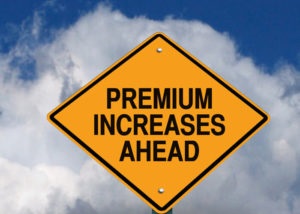 Insurance premiums at some Alberta condominiums have gone up dramatically in the last year, prompting concern from condo owners who have to pick up the tab on the bills.

Ryan Chernesky owns two units in a condo in Fort McMurray. Chernesky, who is on the condo board, said last year’s premium on the condo building was approximately $51,000.

The insurer would not renew and only two other companies were willing to take the risk, he said. The lowest quote was approximately $402,000 – an increase of 690 per cent.

Chernesky said he has never seen such a significant insurance premium hike.

“We’ve been told by the insurance companies that it’s to do with the 2016 wildfire and there is an increased risk associated now and various other reasons on a more global scale,” he said.

The Calgary man said the hike is unsustainable long term, adding it equates to an additional $311 per month in condo fees.

The Insurance Bureau of Canada said unlike auto insurance, there is no cap for condo insurance premiums and insurers do not need to apply for a rate increase because it isn’t government mandated.

Ryan Hall bought a condo in Calgary last year. The insurance premium at his condo building is going up from roughly $41,000 to $55,000, a jump of approximately 33 per cent.

Hall said that increase will trickle down to condo owners, who will have to pay approximately $15 a month more in their condo fees.

“It definitely is concerning just in terms of other rates that are going up in other areas,” he said.

Robert Noce, a lawyer who specializes in condominium law at Miller Thomson LLP, said he is hearing from some clients about the premium increases. Noce said there may be several reasons why these hikes are happening now, such as the Fort McMurray wildfire, major fires in Edmonton and other insurance claims like a slip-and-fall and water damage.

Keep reading on Global News and watch the video