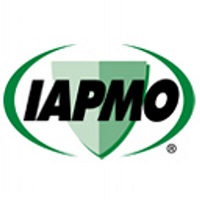 New Delhi, India (June 27, 2018) — International Association of Plumbing and Mechanical Officials (IAPMO) CEO GP Russ Chaney, in his role as Chairman of the American National Standards Institute (ANSI) Board of Directors, and IAPMO Senior Vice President of Government Affairs Dain Hansen this week participated in the launch of Phase II of the U.S.-India Standards and Conformance Cooperation Project (SCCP) at the “Workshop on Water and Sanitation Systems in India: Leveraging standards for infrastructure improvement” in New Delhi, India.

During opening remarks, Chaney expressed pride and gratitude about ANSI’s decade-long engagement with Indian partners the Bureau of Indian Standards (BIS) and Confederation of Indian Industry (CII) that has led to productive public/private collaboration on such priority sectors as building and construction, automobiles, biometric identification, and the subjects of the workshop, water and sanitation.

“ANSI is also grateful for the renewed support and funding provided by the U.S. Trade and Development Agency,” Chaney said. “USTDA last fall approved the grant funding for the SCCP Phase II, making possible continued industry-to-industry collaboration and exchange on the important sectors of clean energy, smart and sustainable cities, and water and sanitation.”

The U.S.-India SCCP — and now SCCP II — provides an important foundation and portal for U.S. and Indian organizations to meet, identify, discuss, and collaborate on the challenges facing both of our nations. The US-India SCCP initiatives have enabled staff from a broad range of U.S. not-for-profit entities, including IAPMO, to acquaint themselves with their counterparts within BIS, CII and other ministry level bodies within the Indian government. The value, importance and strategic roadmap that has resulted from this interaction between IAPMO and its counterparts within India has benefited not only IAPMO, but also other U.S. Standard Development Organizations (SDOs), conformity assessment bodies and testing laboratories (i.e. UL, NSF, ASME, ASHRAE, NFPA ASTM, among many others).

“The US-India SCCP initiatives have provided an important foundation and portal for U.S. and Indian organizations to meet, identify, discuss, and collaborate on the challenges facing both of our nations.” Chaney said. “I can speak first-hand to the successes achieved through a decade of collaboration between IAPMO, the Indian Plumbing Association, the Indian Green Building Council, and the Indian Plumbing Skills Council.”