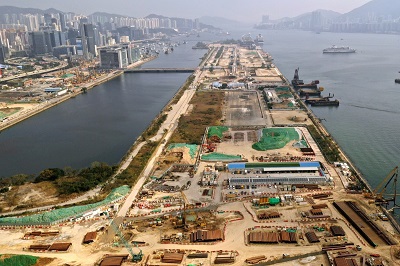 As reported in the South China Morning Post, the Hong Kong developer that beat out several of the city’s biggest and wealthiest property groups for a commercial plot at the former runway of the Kai Tak airport in May has had a change of mind after less than a month, saying it will abandon the offer, citing “social contradiction and economic instability”.

Goldin Financial Holdings told a telephone conference on Tuesday that it was rescinding its HK$11.1 billion (US$1.42 billion) winning bid for 4C Site 4 at Kai Tak, forfeiting its HK$25 million deposit on the site.

“The decision came after accessing the short to mid-term impact of the trade war and how the social contradiction would affect the hotel and office market outlook,” Razack said on the telephone conference. “We doubt if the company should invest HK$11 billion in Kai Tak where infrastructure has not yet fully developed.”

The withdrawal represents the largest strategic U-turn by a major Hong Kong company since US President Donald Trump slapped tariffs on US$200 billion worth of Chinese products and threatened to impose 25 per cent duties on another US$300 billion worth of imports from China this summer.

Razack did not say what the company meant by “social ­contradiction”, but the announcement came as Hong Kong lawmakers were preparing to vote on the city’s contentious bill allowing ­extradition of criminal suspects to the mainland.