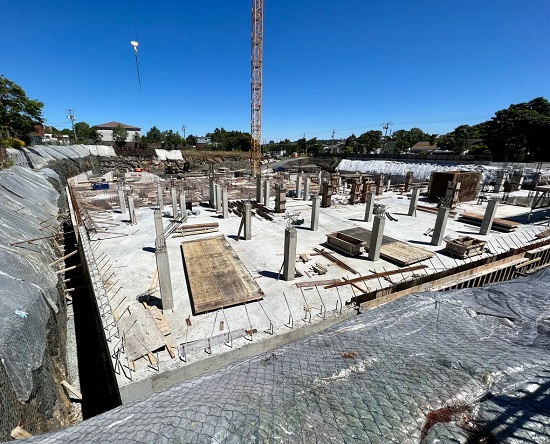 A Halifax homeowner wants the city to change its rules around construction blasting after she says she spent $15,000 repairing her home.

Leah Morrison says she felt her house tremble from blasting during construction of a 12-storey apartment building on Joseph Howe Drive near Scot Street. Then she started seeing damage to her home on Rowe Avenue.

Morrison says the blasting, which took place about 100 metres away from her home on Joseph Howe Drive, went on for months.

She says it not only caused cracks in the plaster walls of her 70-year-old home but it also damaged her chimney, which caused water to run into her basement through the chimney cleanout.

“Every time it rained I dreaded it because I had to go down there and mop up water and continually put towels down and change them out,” said Morrison. “There was a continuous flow of water into my basement.”

The chimney had to be demolished and she says the cost of all the repair work was approximately $15,000.

The Halifax Regional Municipality has a bylaw governing blasting during construction. Morrison says she believes the developer of the building, Banc Group of Companies, complied with the rules but says the city needs to change its regulations for blasting.