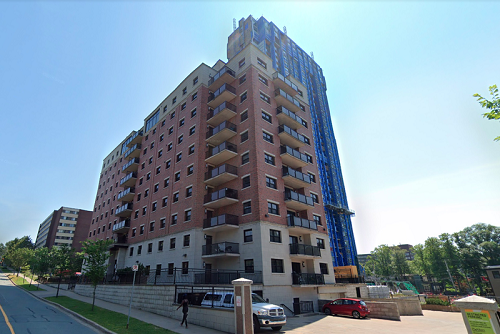 A Halifax developer has lost a 12-year-old court case and been found personally liable for more than $1.2 million owed to contractors for a south-end Halifax development.

The claim against Steve Tsimiklis and Steve Tsimiklis Holdings Ltd. was heard in Nova Scotia Supreme Court in November and December, with a decision filed with the courts this week.

Tsimiklis is the sole owner, director and officer of STHL.

In 2006 or 2007 the plaintiffs provided labour or materials during the construction of a 108-unit residential building at 5620 South St. in Halifax, and starting in September 2007 filed a builders’ lien against the property after invoices went unpaid. They said Tsimiklis’ holding company borrowed funds from lenders to be used for the project, and the funds constituted a trust fund for their benefit.

Tsimiklis argued that he was the owner of the property at the time. He said that starting in 2003, Amalthea Holdings Limited, another company owned and controlled by him, bought several parcels of land on which the apartment building was eventually built. He said that in October 2004 that company sold the property to his parents, who then sold it to him in July 2007, so the claim should have been made against them.

He denied that STHL entered into contracts with the plaintiffs as owner of the property, and claimed that when he signed the contracts for STHL as owner he did so as agent for his parents. He blamed the project management company, which he said erroneously drafted the contracts.

But, Justice Anne Smith ruled in a decision released this week, that Tsimiklis was the owner at the time.