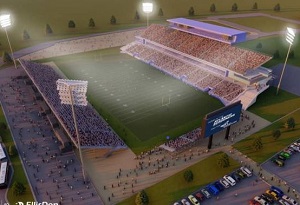 As reported on CTV News, a $110-million stadium proposal submitted by a group hoping to land a CFL franchise in Halifax will be analyzed by city staff after narrowly surviving a council vote that could have killed it outright.

Regional council voted against a motion brought forward by Coun. Sam Austin on Tuesday by a margin of nine to eight.

Austin needed 11 members to support his motion to rescind the previous direction given to city staff, which is currently examining a proposal that was submitted by Schooners Sports and Entertainment on Aug. 31.

“We’re going to pay to build the stadium, help with the ongoing costs, assume the risk, fix the off-site transportation needs, but not own anything and leave the profits to Schooners,” Austin told council.

“I know pulling the plug on this now is politically scary. I just don’t have any confidence (that) what has been submitted will result in anything I can vote for, so I think we should bail out of this now.”

Austin’s motion was seconded by Coun. Shawn Cleary who called the proposal a “non-starter.”

“There’s not enough detail in here,” Cleary said. “If they want to come back with something different, fine. But I can’t imagine we would let staff waste their precious time when we have other things to do, on something that’s going to come back and we are going to vote against anyway.”

Late last month, the municipality released a proposal by Schooners Sports and Entertainment for a 24,000-seat stadium in Shannon Park in Dartmouth.

The venue would be used for football, soccer, rugby, lacrosse and other sports, in partnership with Sport Nova Scotia, when not being used by the CFL. It would include an inflatable dome that would be installed during the winter months.