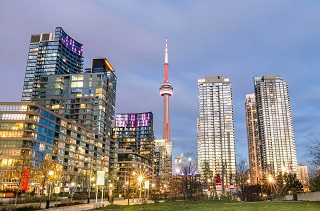 As blogged on Vice.com, on April 22, Earth Day, New York Mayor Bill de Blasio sent a ripple of fear through the city’s construction and real estate industry when he announced he would “introduce legislation to ban glass and steel skyscrapers that have contributed so much to global warming. They have no place in our city or on our Earth anymore.”

The ban is likely coming in the form of stricter energy codes for new buildings only, which de Blasio’s office has confirmed to VICE that it aims to have in place next year. According to experts, those glass skyscrapers are energy guzzlers and the biggest contributors to greenhouse gas emissions in urban centres—even more so than transportation. And ignoring them means that one of the biggest catalysts for climate change remains unchecked.

According to the United Nations’ Intergovernmental Panel on Climate Change (IPCC), 40 percent of global energy use is caused by buildings—and they are responsible for one-third of the world’s greenhouse gas emissions.

The outsized impact of buildings is amplified in densely-populated major metropolitan centres. A 2017 study found that 66 percent of greenhouse gas emissions in New York came from buildings. This is comparable to research on Toronto, which shows that buildings create 60 percent, and the vast majority, of the city’s greenhouse gas emissions. The two main sources from buildings are electricity consumption and natural gas, which are used for cooling, heating, refrigeration, and lighting.

There are relatively low-tech ways to avoid creating energy vampires, but energy and sustainability analyst Marine Sanchez, who works for RDH Building Science with the City of Toronto, said it’s an uphill battle getting the construction and real estate industry onboard because glass buildings are hugely popular and therefore profitable.

Keep reading this blog on Vice.com