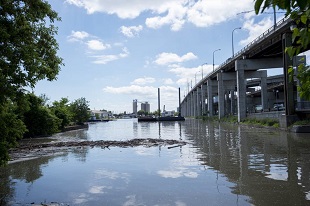 As blogged on TheConversation.com, with the federal election campaign under way, it’s helpful to have a quick and easy way to evaluate our prospective leaders’ commitment to good governance and sound economic policy.

I suggest a simple question: “If elected, how would you handle the Toronto Quayside development?”

For those of you who haven’t been following the bizarre controversies surrounding what a Swedish colleague of mine has dubbed “an urban development thriller,” the Quayside drama started in October 2017.

That’s when Waterfront Toronto, the tri-governmental agency responsible for developing a portion of Toronto’s portlands, awarded a contract to a Google sister company, Sidewalk Labs, to create a smart-city development plan in a 12-acre plot of land called Quayside.

While this issue affects Toronto residents directly, the parties’ approach to Quayside will prove instructive to all Canadians.

It will reveal their approach to managing a 21st century digital economy in which data governance, intellectual property and Internet of Things infrastructure are becoming increasingly important. It will also demonstrate whether they have a fundamental respect for good governance.

By both measures, the Quayside project has been a disaster from the very beginning.

Keep reading this blog on TheConversation