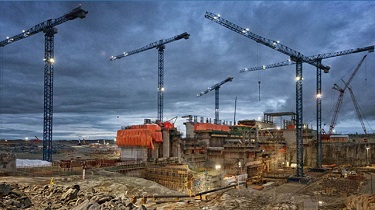 But Joseph Head never made it.

Her partner of 32 years died during the bumpy ambulance ride she says pulled over several times to administer CPR, and shock him with a defibrillator.

“I fell to my knees saying this can’t be true,” the widow said upon hearing the bad news.

“He was promised to be choppered out of there.”

Now, in a lawsuit filed against Manitoba Hydro and Joseph’s employer, BBE Hydro Constructors, the family alleges not enough was done to save the carpenter’s life in 2014.

BBE is a consortium of four major firms that were awarded the $1.4-billion contract to build the Keeyask Hydroelectric Generating Station on the lower Nelson River in northern Manitoba, about 725 km northeast of Winnipeg.

It’s a massive project that Hydro says on its website is needed to meet the growing demand for electricity and, when completed, will generate power for 400,000 homes.

But, in a statement of defence to Valerie’s lawsuit, the Crown corporation says it’s not responsible for workers under contract to BBE.

“As a matter of law, the defendant Manitoba Hydro was not an employer, occupier of premises or otherwise a person who owed any legal duty to Joseph Head. As such, it is not a proper party to this action,” its lawyers state.

BBE did not respond to a request for comment from APTN. Its statement of defence is included with Hydro’s, added Valerie’s lawyer, Gene Zazelenchuk.

A spokesman for Hydro said the matter was before the courts and there would be no further comment.

“That fruit basket went out the door as fast as it came in,” she said in an interview with APTN News.

“He had just died and I was just angry.”

Her lawsuit seeks damages for Joseph’s “wrongful death,” along with loss of financial support, funeral expenses and costs. She alleges he’d still be alive if he received quicker medical care.

In an interview, she disputed Hydro’s claim of not being responsible, saying both it and BBE go out of their way to recruit Indigenous workers like Head, who was 65, for its mega projects.