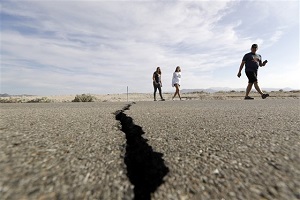 As reported on NBC News, they’re common across Los Angeles — older, low-slung apartment buildings that have a parking lot tucked underneath.

Get 10x more qualified leads from your advertising and existing marketing when Construction Links subscribers are engaging with your brand – Click here for more information.

In one of the region’s most destructive temblors in recent history — the deadly 6.7 magnitude quake that struck the San Fernando Valley area in 1994 — dozens of people died, including 16 in an apartment collapse, said Kenneth O’Dell, president of the Structural Engineers Association of Southern California.

He is using the the pair of earthquakes that rocked Southern California last week to remind officials and policymakers to address the massive number of “soft-story” buildings across the region, of which he says there are tens of thousands in Los Angeles county.

“I don’t want to frighten people,” O’Dell told NBC News. “But I think it’s important to be transparent. This is a real issue.”

O’Dell estimated that half a million people likely call these structures home.

That estimate is drawn, in part, on a recent survey done in the city of Los Angeles that found roughly 12,000 soft-story structures built before 1978. Extrapolating out across a county that has dozens of cities and a population of more than 10 million, O’Dell said the area could easily have double that number.

Such buildings were a popular way in California’s booming post-war period to creatively combine housing and parking, he said. But this design — forged in an era before many leaders and engineers gave much thought to earthquake-conscious construction — also makes them vulnerable to the region’s persistent seismic activity.

Watch the news video and keep reading on NBC News