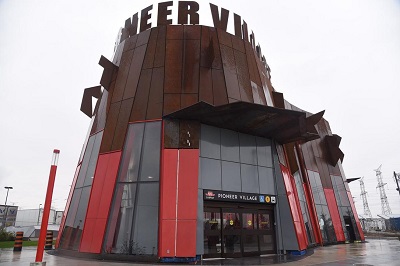 As reported in The Star, subway station plans so filled with errors they required thousands of revisions. Faulty waterproofing that led to leaks onto the tracks. Changes to designs that forced crews to demolish work they had already completed. A single public art piece that took six years to build and install.

These are just some of the problems that afflicted the construction of Pioneer Village subway station, one of six new stops on the TTC’s recently opened and much-delayed Spadina subway extension, according to allegations laid out in court documents filed as part of an ongoing litigation between the TTC, the station’s main contractor, and other parties. The allegations haven’t been proven in court.

More than a year after the station entered service, Pioneer Village remains at the centre of a messy legal dispute that could see Toronto’s transit agency on the hook for hundreds of millions of dollars.

The principal players in building the station are blaming each other for delays to the project. Walsh Construction, the company that built the station, has sued the TTC and is seeking $218.8 millionfor alleged breach of contract, negligence and amounts owing. The TTC denies the claim and is countersuing Walsh for $22.4 million for delays it says the company is responsible for.

The transit agency has also filed suit against the consultants it hired to design the station, a firm called the Spadina Group Associates, alleging they breached their contract by supplying faulty plans. The consultants deny those claims.

The Pioneer Village case is part of a tangled web of litigation that hangs over the $3.2-billion Spadina subway extension, which when it opened in December 2017 was two years late and hundreds of millions of dollars over budget.