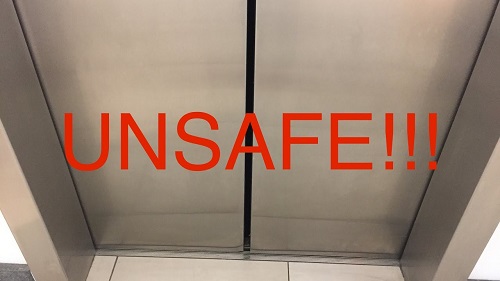 One of the country’s pre-eminent elevator companies has been fined $500,000 for five violations of Ontario’s safety rules.

ThyssenKrupp had pleaded guilty to the offences in Ontario court under the Technical Standards and Safety Act.

According to Ontario’s safety regulator, the company failed to perform mandatory maintenance and tests at a condominium in Mississauga, Ont.

The company also allowed an unsafe elevator to operate at another condo in east-end Toronto, according to the regulator.
In January, ThyssenKrupp was fined $375,000 for a potentially fatal breach of safety laws in which a man was injured.
Roger Neate, with the Technical Standards and Safety Authority, says the fines send a strong signal to elevator maintenance contractors that safety laws must be respected.

According to the regulator, ThyssenKrupp failed to perform annual elevator tests at the Mississauga condo by their prescribed date. Inspectors found the tests were about two months late in 2015. Other tests, required every five years, were also overdue by about three months.

Inspectors began looking into the situation in Toronto in 2015 after a dangerous incident. The situation involved a passenger jumping from an elevator that was moving with its doors open, the authority said.

ThyssenKrupp was convicted of putting an elevator that poses an immediate safety hazard back into service before determining the cause of the problem, and of permitting the operation of an unsafe elevating device.