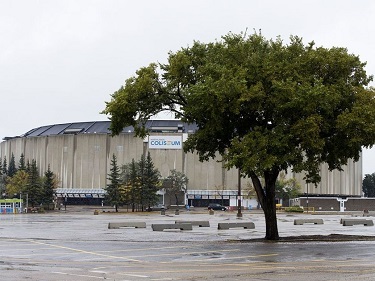 Edmonton wants to hear big ideas for how to redevelop the Northlands site but one longtime member of the community is warning the approach by officials has likely limited what they’ll hear.

Ken Cantor said he was really excited by Edmonton’s public call this spring for ideas for the exhibition lands. Then he read it.

“It’s almost as if it was written not to solicit good ideas but to preclude big ideas,” said Cantor, who had been working with several other firms on a proposal to repurpose the Coliseum as a mega convention centre.

City council wanted a public call for ideas to test what the market believes is feasible for the site.

It voted 7-6 in March to make the Coliseum building itself off-limits. But the wording in the request for proposals didn’t make that final.

It asked for concept-level proposals, financial models and market assumptions but said any ideas submitted through the request became “the property of the city” to be used or adapted, even without “acknowledgment or recognition.” That’s according to the text of the request for expressions of interest posted in early April on the Alberta Purchasing Connection website.

“It’s a pretty flippant and disrespectful attitude,” Cantor said. It obligates professional firms to give away intellectual property rights for architectural designs and funding ideas. His design partners pulled out.

What Cantor eventually submitted had only a vague description of what the team believes possible.

The call for ideas closed May 4.

n an interview Friday, city officials said they need that ownership in order ensure they can freely discuss all ideas with council and the neighbouring communities as they consult on a new area redevelopment plan.

That’s why this isn’t a normal call, said Lyall Brenneis, who is leading the city’s redevelopment team. It doesn’t necessarily lead to a process of qualification and then proposals. “It’s really about ideas generation.”

The team received 12 ideas through the formal request for expressions of interest, more than 50 through a more informal online-portal set up for the public and 90 unsolicited ideas previously.