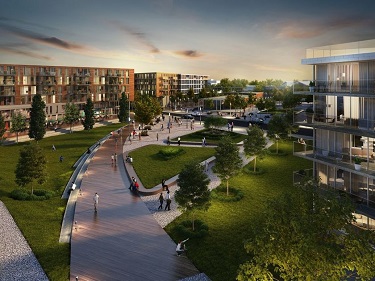 Development to begin on Lachine’s VillaNova Mega Project after Delays

Construction on Lachine’s promising VillaNova new housing development is finally set to begin one and a half years after it was originally announced. Development should start at the beginning of June and the project will be one of the biggest the municipality has seen in many years. Conflicts between the developer, the local administration, and provincial government were said to be responsible for the delay, according to the developer and other sources.

Reasons cited for the Delay

While VillaNova is not the first project to be put on hold recently in Lachine, the project had to be halted after ground tests were performed. Apparently, the site tested positive for heavy metals and was unfit for construction.

Paolo Catania, an adviser on the project and also a main shareholder at Lachine Est, expressed his surprise and frustration with the situation. Apparently, the site had a decontamination certificate that was signed by the Environment minister himself, which adds to the confusion.

The fiasco is said to be one of the reasons Lachine Est had to be placed under bankruptcy protection. The firm was under trustee management while the decontamination work was taking place.

Mr. Catania further said that in the middle of the decontamination process, conflicts erupted with the local administration who threatened to revoke building permits unless they went under protection. Mr. Catania wanted to reassure stockholders that the company was in great financial shape and that the project would continue as planned.

The mega project should count over 175 condos in its initial stage, 56 duplexes, and over 22,000 ft² of commercial space. According to some reports, some of the condos were expected to be semi luxury fully furnished units, complete with bedding, as reviewed on Down Comfort Expert. Residential units will also feature cutting-edge smart home technology according to developers.

The developers have plans to expand the project by up to 400 units per year over the next 10 to 15 years. This should amount to a total of 4000 units by the time the project is completed. The project will be one of its kind, not only for Lachine but the country as well. The project alone is projected to increase Lachine’s population by 25%, which should have a significant impact on the urban landscape.