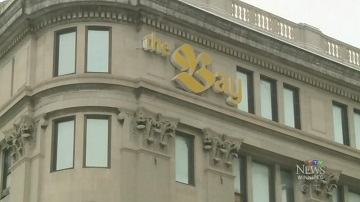 The Hudson’s Bay Company’s 93-year-old flagship Winnipeg store is worth absolutely nothing, according to an appraisal from a real-estate evaluator.

The building is worth a whopping $0, and it would actually cost millions to sell the building, an appraisal report from Cushman & Wakefield ULC shows of the historic property.

CTV News has obtained a copy of the report, which suggests the department store, currently owned by the Hudson’s Bay Company, would actually cost less than that, as the report shows the building has a current tax liability of $302,298.

“The cost of demolition may actually be more than the land value of the property so therefor you’re at zero or below zero on the true value,” said John Pearson, the president of ICI Properties, Shindico, a property development company.

Pearson said his company has explored repurposing the building over the years – with several clients like the University of Winnipeg and Manitoba Hydro.

“The outcome unfortunately in every event, the building did not fit the requirements.”

“There may be somebody out there much smarter than ourselves that might have a miraculous idea. So I  never want to say never but in our opinion, the property is at the end of its useful life.”

The report said the building received an extensive $4 million update to the first, second, and third floors in 1986 and 1987. Another $900,000 was used to repair the sixth and fourth floors, as well as the basement

In 2010, the basement was converted to a Zellers store, which closed down three years later in March 2013.