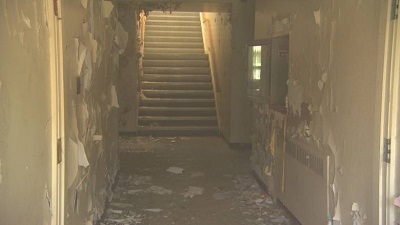 Fourteen years after troops pulled out, and a decade after First Nations groups began fighting the federal government in the courts for the property, the long-awaited demolition of the former Kapyong Barracks in Winnipeg has begun.

Opened during the Second World War, Kapyong Barracks was the home of The Lord Strathcona’s Horse, the 2nd Battalion Princess Patricia’s Canadian Light Infantry and C Battery of the Royal Canadian Horse Artillery. These units have a proud military history, having fought not only in the Second World War but the Korean war, and participated in NATO and UN peacekeeping missions.

But in 2004, the Patricias, the remaining unit at Kapyong, relocated to CFB Shilo, about two hours west. The Department of National Defence declared Kapyong Barracks surplus and initially planned to sell it.

The 64-hectare parcel of land was estimated to be worth up to $100 million in 2015. But it got tied up in treaty land entitlement claims and court challenges.

Two months ago, Ottawa signed an agreement in principle with seven Treaty One First Nations that would turn it into an “urban reserve” — land the federal government has designated as a First Nations reserve within a city or town.

“It’s going to probably be a billion-dollar development over time,” says Long Plain Chief Dennis Meeches, who belongs to one of the First Nations developing the land. “And we want to do it right the first time.”

Sandwiched between two affluent residential neighborhoods, the Kapyong Barracks are a long-time fixture in the city’s landscape.

The buildings may not look bad from the road, but close up, the damage is obvious. They’re full of mould, animal feces, asbestos and peeling paint.
Maj. Dez Desjardins, who is responsible for the Armed Forces’ property operations in Manitoba, said the military is not allowing access to the buildings. But during a recent tour of the complex, he confirmed their state of disrepair, despite annual costs of about $1.5 million for security, taxes and upkeep.
Keep reading on CBC News