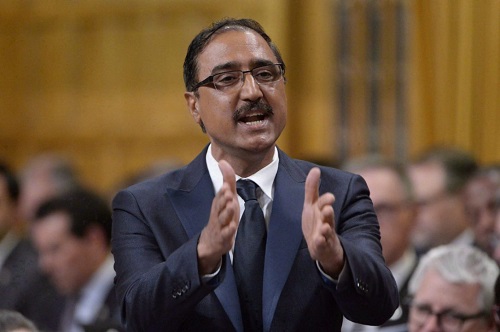 Opposition parties say that a plan to shift more than $2 billion worth of federal infrastructure spending points to problems with one of the government’s cornerstone programs, despite what the Liberals say.

The cash comes from planned spending in multiple years and multiple funds set up by the Liberals and the previous Conservative government, as well as large-scale projects, such as the Champlain Bridge replacement in Montreal.

More details are expected some time next week when departmental reports are tabled in Parliament.

Conservative infrastructure critic Michael Chong said he is hearing concerns from cities that they don’t have enough time to spend their transit and water money, pointing to a need to change the terms and conditions on the Liberal infrastructure cash.

“This is not just a cash flow issue, this is actually impacting real infrastructure decisions that are being taken on the ground,” Chong said.

He also said the delay conveniently helps the government “with its ballooning deficit, something that they’re clearly worried about.”

NDP critic Matthew Dube said the figures should give the government some pause as it negotiates longer-term agreements with provinces and territories to make sure the money delivers the social and economic benefits the Liberals have promised.

“We can brag about how much money is being invested into infrastructure, but at the end of the day, if the shovels aren’t in the ground, and the projects aren’t happening … you can’t start looking at that upside.”

Infrastructure Canada’s website shows that as of last Friday, there was about $20.5 billion left unspent across 13 different programs, including two set up by the Liberals. More than half the money, about $12.8 billion, is from the marquee infrastructure fund the Tories set up.

Keep reading in the Toronto Star