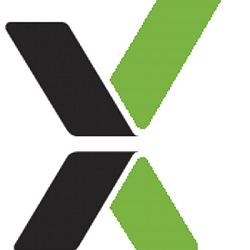 When a company chooses to look away from danger, it doesn’t become somehow magically invisible to legal responsibility. Everyone agrees, or claims to, but in fact, day in and day out, most companies will take the easy option of ‘out of sight, out of mind’. According to the way they see things, it’s easier to ignore potential danger than address it, and far easier on the company’s bottom line.

Times are changing. Today, the long-disproven idea that comprehensive safety policies cost more than the benefits is beginning to have its ‘day in court’ via civil law suits, negligence penalties and surging impound fees right across the country. Just one accident by a suspended driver (also referred to as ‘high risk drivers’) can ruin not just lives but successful companies. Suspended drivers are statistically shown to be the most risky on the road, and drivers that have been repeatedly suspended are usually indicative of other serious issues, be they medical or personal.

The construction industry faces numerous risks from suspended drivers. If a company does not have some form of regular protocol (as part of their overall safety policies) in place to check for suspended licences amongst their employees who drive company vehicles, then it is simply a matter of time before disaster strikes. The numbers simply don’t lie.

By the Numbers: 5 Eye-Opening Facts You Didn’t Know about Driver’s Licences

1. Suspended licences are simply not that common, and therefore the risks are low.

This is the part that really shocks; in the first 2,000 checks that VerX Direct ran, some 60 drivers were identified as being under suspension. This doesn’t include those possessing an incorrect class of licence for the vehicle they are employed to operate (which also voids insurance coverage and can incur impound fees). Worse still, research by the Ontario Ministry of Transportation has found that some 75% of suspended drivers continue to drive. This is especially a problem in rural areas where alternative transit is largely unavailable. Current statistics show that 1.5% of the drivers being checked are in fact suspended and/or improperly classed even after a recent driver MVR was done. This level is not seasonal or variable; it’s constant.

2. A Driver’s Abstract (MVR) has all the up-to-date information about a driver that I need.

This is a popular misconception. While each province and territory maintains records to the best of their abilities, the reality is that there is often a significant lag in processing or properly entering changes in status into records. Sometimes it takes weeks or months for suspensions to show up on an abstract, for a variety of reasons. In addition, VerX Direct has discovered numerous situations where suspensions and accidents are not reflected in a driver’s abstract at all for a host of various reasons. Recent research on suspensions and offences data concluded that 3, 5, and 10-year abstract reviews did not reflect certain types of violations and suspensions, and which were not reflected in the MVR.

3. An annual driver’s abstract is sufficient ‘due diligence’ to meet the demands of an insurer.

A policy of obtaining a driver’s abstract annually meets the minimum requirement for most insurers in order for a company to obtain a policy BUT any driver operating while under suspension nullifies the coverage in its entirety. By ‘looking away’ and thinking that money has been saved by not verifying status and class of licences, the company has saved money on safety and wasted more…much, much more…on insurance premiums that don’t leave them covered. Several years ago, the Ontario Superior Court ruled that insurers are right to deny coverage and are relieved of the duty to defend the owner and driver of a vehicle involved in a collision in cases in which the driver does not have a valid licence. Ontario Superior Court Justice Linda M. Walters ruled there was no evidence the insured corporation took any steps to ensure its drivers remained in possession of a valid driver’s licence. In effect, the corporation paid insurance for nothing due solely to their failure to confirm the status of an operator’s licence.

Only periodic confirmations of a driver’s licence status can ensure that the terms of an insurer’s coverage are being met to an acceptable level of ‘best practices’ for business. Section 217.1 of the Canadian Criminal Code states: “Everyone who undertakes, or has the authority, to direct how another person does work or performs a task is under a legal duty to take reasonable steps to prevent bodily harm to that person, or any other person, arising from that work or task.” Even more troubling for companies, the NSC (National Safety Code) states “frequent” checks within the regulation, inferring that more than one is expected. Adopting a policy of frequent ongoing checks is the only way to make certain that a company’s insurance coverage remains valid, and drivers who are ‘subcontractors’ are not exempt from this regulatory stipulation, as recent court cases have determined.

4. Aren’t the risks of a suspended driver getting in an accident overblown?

Not at all; in fact, the risks are magnified. Research shows that suspended drivers are 56% more likely to get in an accident, arguing even more strongly for the need for fleet and human resources managers to identify suspended drivers early and often.

5. My drivers are honest and would say something if they were suspended.

In some cases, yes…we all want to think the best of people. But this belief is based purely on the assumption that they are aware of a suspension. Suspensions can now occur for unpaid fines, alimony or child support, failure to renew a licence, or medical requirements required by law or upon doctor’s orders. In addition, legislation mandating new standards and penalties are continuously coming into effect in every province, territory and jurisdiction. Without the ability to confirm driver’s licence status regularly and at any time, companies are operating on ‘blind faith’ alone, leaving them open to incredible levels of risk and liability.

Legislations across Canada are beginning to take serious measures to ‘close the safety gap’ both in business and in the wider community. With so much litigation that can be directed at companies, from large corporations with massive fleets to small family businesses with just a couple of service trucks, the reality is the same and the risks just keep growing. The time for companies to ‘get wise’ and begin an annual safety calendar, mapping out inspections, safety audits and of course, employee licence verifications, and they’ll soon see that the payoff on the bottom line comes from doing something now, and not continuing to look away from the danger thinking they’ve saved a couple of bucks.

It’s a dangerous illusion that actually clouds a company’s future.

Christopher Hope is with VerX Direct, a Canadian company specializing in transportation safety data solutions, including online drivers licence verifications. He writes in various national publications on the topic of transportation safety. To find out more about mitigating corporate risk involving drivers, contact sales@verxdirect.com or call 1.866.713.2001.