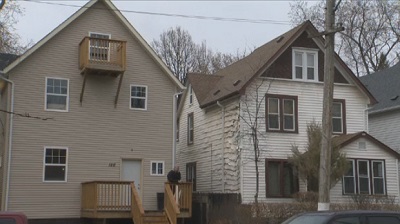 Crackdown could come for owners of uninspected rooming houses in Winnipeg

As reported on CTV News, the City of Winnipeg could be cracking down on rooming house owners ignoring safety inspectors.

An arson in a 2016 rooming house left two people dead in Point Douglas. The owner, Alan Grabinski, has rebuilt.

“The fire itself was devastating there was loss of life, you know, I knew the people well,” said Grabinski.

In the aftermath of the fire the city and fire officials started doing annual inspections of all licensed rooming houses to ensure safety features were up to par. Before the blaze, Grabinski says his building was in compliance. He welcomes the annual inspections.

“I think it’s great, there’s, I mean I own a number of rooming houses and some of them, the condition that I got them in was just unbelievable,” said Grabinski.

The annual report on those inspections for 2018 shows of the 430 targeted inspections, 379 were done and 51 remain outstanding. The Winnipeg Fire Paramedic Service says in some cases owners are not letting inspectors inside.

“Fire prevention continues to face challenges gaining entry to many of these occupancies. Many owners ignore our calls and calling cards for inspection,” reads the report.

“The owners that are not letting them in, that is mind boggling,” said Point Douglas community activist Sel Burrows.

As a result, the report says letters are being sent to those owners threatening to revoke their licenses if they don’t comply.