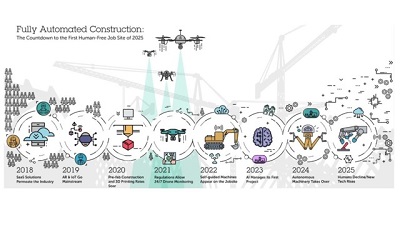 Humans have an ancient desire to make machines work for us without intervention. The first successful example dates back over 2,000 years to the Greek mathematician Ctesibius. Plagued by the inaccuracies of traditional water clocks, he invented an immensely complex automated water clock that remained the most accurate timepiece in the world until the 17th century. Today, driven by the same motivation and bolstered by millennia of innovation, we’re just steps away from automating tasks that seemed impossible only a few decades ago.

Technology progresses exponentially faster every year, now introducing advances in months that used to take years of development. Today technology is not just aimed at automating simple rote tasks; it is on the brink of removing humans from entire industries.

A future where machines handle hard work with incredible speed and accuracy seems great. But can the labor market afford automation to this extent without skyrocketing unemployment? What will millions of people do when their labor is no longer necessary?

It won’t be long before we need that answer. Self-driving cars are set to take over a huge portion of the almost 5 million transportation jobs in the near future. The technology is 99% of the way there, and we’re really just waiting for regulations to catch up.

There’s still time to start a conversation about automation’s role in construction, but not much. We may see the first fully automated job site as early as 2025.