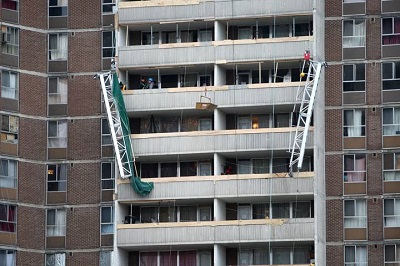 A supervisor jailed for a scaffolding collapse in which four men were killed and another was seriously hurt lost his bid on Tuesday to challenge his criminal-negligence conviction and 3 1/2-year sentence.

In dismissing his appeal, Ontario’s top court agreed with the trial judge that Vadim Kazenelson had failed to take reasonable steps to prevent what was one of the province’s worst workplace accidents. The appeal, the court found, was largely based on arguments made at trial.

“The trial judge’s reasons for conviction and sentence are clear and the chain of reasoning is rooted firmly in his findings of fact,” the Court of Appeal concluded.

The case arose on Christmas Eve 2009 after five of six men working for Metron Construction fell about 13 storeys when the swing stage they were on collapsed without warning. Four were killed and one was badly hurt. The sixth worker, who was tethered as required under provincial law and by industry practice, was left dangling in mid-air but was not injured.

Kazenelson, Metron’s project manager, was with the workers on the scaffolding when it collapsed. However, he had been holding onto one of only two available safety lifelines and was able to grab a nearby balcony and pull himself to safety, court records show.