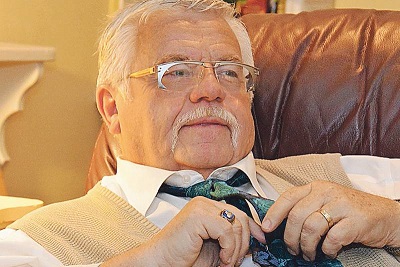 As reported in the Journal Pioneer, the City of Summerside has reluctantly awarded a sizable contract for sidewalk construction and repair to a company based in Saint John, N.B.

Long-time Coun. Bruce MacDougall said the vote was “One of the hardest decisions, I’ve had to make in a long time.”

Council has been pressing city staff for weeks to find a way around having to award this contract to Classic Construction. The main concern voiced by almost all the councillors was that it is not a local company and they don’t like the idea of Summerside tax dollars supporting an off-Island company the city has never had dealings with before.

“For the $11,000 we’re saving, how much are we loosing (to wages leaving the community),” said Mayor Basil Stewart.

For more than a decade Summerside-based MacAuslands Construction Ltd. had been the successful bidder on the city’s annual sidewalk tender. However, New Brunswick company Classic Construction entered a bid for the first time this year and was not only the lowest bidder at $426,327 but also said it could do the work in half the time of the next lowest bidder’s quoted schedule.

Classic Construction has been active since 2012 and has routinely completed work for the City of Saint John. That city’s engineers told their counterparts in Summerside that they’ve never had any major issues with the company’s work.

Both city staff and outside legal advice sought specifically on this issue advised that Summerside council that the city is bound by the terms of the original tender and not awarding the contract to Classic Construction, as the lowest bidder, would leave the city at significant legal liability.