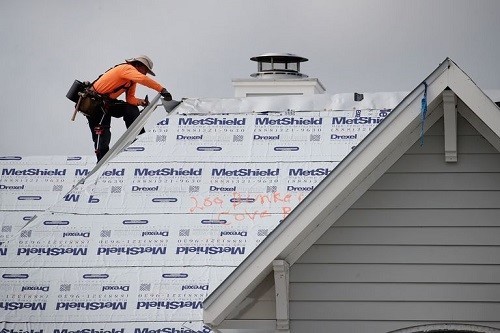 Researchers have uncoveredsomething hazardous, and seemingly contradictory, in the state of construction safety: Roofers with more safety gear in place are actually more likely to engage in riskier behaviors, making the workers less safe overall.

Indeed, fatal work-related falls increased 26 percent between 2011 and 2016, according to the Bureau of Labor Statistics. That alarming figure led a team of civil engineering researchers at Virginia Tech and Clemson University to dig a bit deeper. Shouldn’t safety technology have the opposite effect on falls?

In the roofing scenario, workers may become overly comfortable with safety interventions like perimeter barriers, leading them to step closer to the roof’s edge than they otherwise normally would, for example. “[W]orkers may fall prey to cognitive bias as shortcuts that will ultimately lead to risky decisions,” Sogand Hasanzadeh, one of the scientists involved in the work, told Engineering News-Record.

Think of risk compensation like using bumpers for bowling. When you know your ball can’t fall into the gutter, you can aim right for it and see what happens. Eventually, you may stop trying to aim with your ball altogether.

To test their hypothesis, the researchers set up a first-of-its-kind experiment involving virtual reality headsets. First, they screened students to find a group with some construction work experience, then they trained the students on the basics of installing roofing shingles.