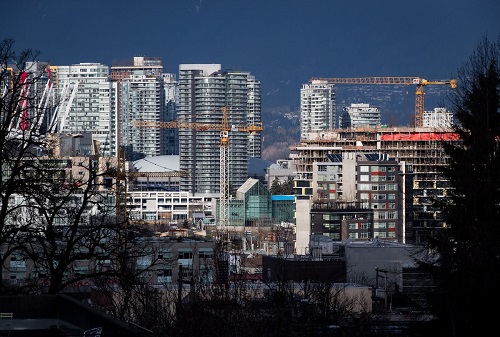 The association representing construction employers in British Columbia says most expect less work in 2021, although employees will see wages climb.

The Independent Contractors and Businesses Association has released its annual report showing just 38 per cent of firms expect more work next year than in 2020.

However, the survey says the ongoing shortage of skilled workers means companies expect to pay staff 3.5 per cent more in 2021 and provide a 4.2 per cent raise the following year.

The association says the findings are based on responses from about 1,000 construction companies across B.C.

Association president Chris Gardner says the effects of the COVID-19 pandemic were felt by the industry this year as construction volumes dropped 15 per cent, fewer tenders were issued and wage increases were limited to about half a per cent.

Gardner says skilled glaziers, insulators and steel fabricators are still in high demand as 100 per cent of companies report a need for those trades, while openings for crane operators, roofers and pipefitters top 90 per cent.

He says the demand reflects a construction work force that is reaching retirement age.

“If you’re looking for work, construction remains a strong option,” he says in the statement.

“There is incredible opportunity in construction for young people, entrepreneurs and skilled trades workers.”

The high demand comes at a difficult time as Gardner says more than half of B.C.’s construction firms would normally anticipate additional projects over the coming year, but the survey reveals significant pessimism.