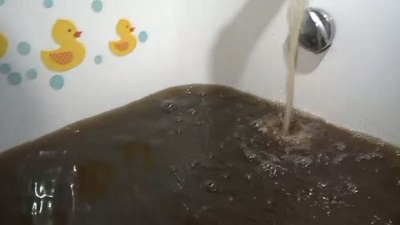 A Nova Scotia Mi’kmaq community that has dealt for more than a decade with brown and foul-smelling water should see construction begin this summer on a new treatment facility, according to a local official.

Quentin Doucette, director of public works for Potlotek First Nation in Cape Breton, said Friday that a new water plant is in the design phase and a tender for the project is expected to be issued by June.

“We are going to build a new water plant and replace the water tower that is there and provide a new line from the tower directly to the water plant,” said Doucette. “That is going to be good news.”

That news comes for the community of 500 people, formerly known as Chapel Island First Nation, after working with Ottawa on a solution for their water problems for 10 years.

High levels of iron and manganese in the lake that serves as the reserve’s main water source has left residents unable to drink, bathe or wash clothes in the water.

Doucette said the current plant has outdated technology that is unable to deal with mineral spikes that are most prevalent in late summer and early fall. The problem also resurfaces in the early spring, he said.

Health Canada has said there are no known health impacts, and that boiling the water would only further concentrate the minerals. As a result the reserve has often resorted to handing out bottled water to residents and to providing public showering facilities.