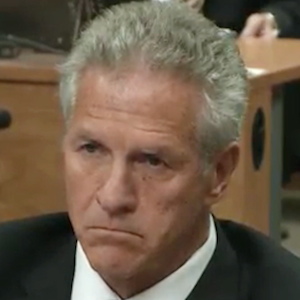 Former construction entrepreneur Antonio Accurso was found guilty by a jury on Monday of all five charges against him in a Laval fraud and corruption trial.

The verdict came on the seventh day of the jury’s deliberations.

— That Accurso, now 66, was between 1996 and 2010 part of a conspiracy with more than 60 people, including disgraced former Laval mayor Gilles Vaillancourt, “to commit acts of corruption in municipal affairs” and breach of trust.

— That he conspired with 56 people, including Vaillancourt and then Laval director-general Claude Asselin, to commit fraud.

— That he defrauded the city of Laval.

— That he bribed Laval city officials.

— That he helped Vaillancourt, Asselin and Claude Deguise, who was Laval’s head of engineering from 1997 until he resigned in 2008, to commit a breach of trust.

At the start of the trial in May, prosecutor Richard Rougeau told the jury he intended to show them that Accurso had been part of a “well-honed” system of bribery and collusion. Between 1996 and 2010, the majority of construction contracts issued by the city of Laval were rigged — awarded before they were put to tender. About 20 construction companies colluded in the scheme, which was masterminded by Vaillancourt. He gave orders to Asselin, who in turn issued orders to Deguise.

Vaillancourt conceded in his guilty plea on Dec. 1, 2016, that he had managed the system. He would decide which contracts would be awarded to colluding companies; in exchange, the companies would kick back two per cent of the value of the contracts to him. He counted on an old friend, Marc Gendron, an executive with the Laval engineering firm Tecsult, to collect the kickbacks. Another Tecsult executive, Roger Desbois, replaced Gendron. Both testified as witnesses for the prosecution in Accurso’s trial.

Accurso was one of 37 people charged in 2013 in the UPAC investigation Project Honorer, the case that saw Vaillancourt sentenced in 2016 to a six-year prison term. UPAC is the Quebec government agency working to fight corruption, collusion and other economic crimes involving government procurement. Twenty-eight of the 37 pleaded guilty to at least one of the charges. Some received prison sentences. Six of the accused, including Guy Vaillancourt, brother of the former mayor, had their charges dropped and three died. Accurso was the last person with an outstanding case in Project Honorer. An affidavit used in a request to search the former mayor’s home during the investigation described Guy Vaillancourt as having been used as a “drop point” for cash gathered in the scheme.