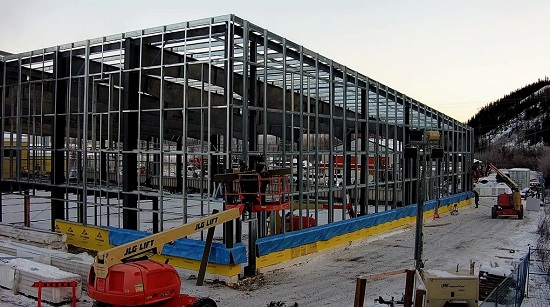 A construction company the Yukon government has accused of leaving the Carmacks arena partially finished before abandoning the project is counter-suing for more than $7.5 million.

Scott Design Build Inc. filed a statement of defence and counterclaim against the Yukon government in Yukon Supreme Court on April 13, arguing that factors out of its control, like design issues, delayed the project.

The company also claims that it had always intended to finish the arena and was in the process of doing so when the Yukon government suddenly terminated its construction contract.

The filings follow a $17.3-million lawsuit the Yukon government launched in February against Scott Design Build as well as an insurance company holding a performance bond on the project.

In its statement of claim, the government alleges that Scott Design Build defaulted on the Carmacks arena construction contract, worth nearly $14.6 million, and claimed it failed to “perform the work as required by the contractual terms, specifications, and standards.”

The government is seeking $10 million from the company as well as nearly $7.3 million from insurer Echelon Financial Holdings Inc., which the government alleges failed to remedy the construction situation or pay out the performance bond.

Neither the government’s nor the contractor’s allegations have yet been proven in court.

The arena was originally scheduled to be finished in November 2020.