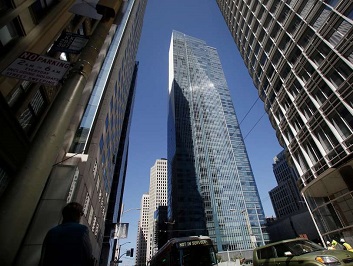 The most expensive condo for sale at San Francisco’s leaning, sinking skyscraper, has sold — and the new owners should get a blue ribbon for their negotiation tactics.

Apartment 401 was the priciest listing at Millennium Tower when it hit the market with an asking price of $5.99 million in March 2017. Since then, the sellers lowered the price, removed the listing, shaved the price down to $4.99 million, and re-listed the unit in February 2018.

Real-estate site SocketSite is reporting that the four-bedroom unit has now closed escrow with a price of $4.66 million, more than $1 million under its highest asking price.

Millennium Tower is a luxury residential high-rise that has sunk 17 inches and tilted 14 inches since it was completed in 2008. Though an inspection by the city showed it’s safe to occupy, the situation has motivated some people to bail out. Residents say they’re selling their homes short of what they paid for them, with about 100 condos falling $320,000 in value on average.