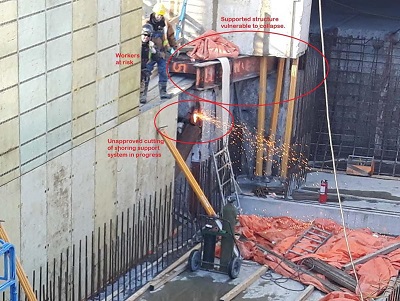 As reported in The Star, the general manager of Toronto Water is recommending that Aplus General Contractors Corporation be barred from bidding on City of Toronto contracts for three years after it allegedly failed to properly conduct and complete work at the Ellesmere pumping station.

Meanwhile the company is suing the city over the Ellesmere work — a contract worth $23,835,000 before taxes.

Aplus General Contractors Corp. is already under a temporary, six-month suspension, which began on Oct. 30. If the new, three-year city ban is approved, it will begin April 30, according to the report, from Toronto Water general manager Lou Di Gironimo, and the city’s chief purchasing officer.

“Regarding ‘issues’ with City of Toronto, we have no comments as the matter is legal in nature and is in courts,” Aplus wrote in an email Tuesday in response to questions about the report. “Factual information will be determined through the judicial process in due course.”

In its lawsuit, Aplus blames the city for project delays and extra costs. The city has countersued. None of the allegations in the lawsuits have been proven in court.

The report from Toronto Water is scheduled to go to the Infrastructure and Environment Committee on March 18, and then go to city council.

Among the allegations made in the city report: Aplus failed to properly supervise and adhere to health and safety requirements, putting workers at high risk of serious injury or death.

The report also alleges that on Nov. 22, 2017, the president of Aplus made comments to a city staff person “with the apparent attempt to intimidate and harass this person including references to knowing where the staff person lived.”

The tender was awarded to Aplus in April, 2016, and included significant upgrades at the Ellesmere reservoir and pumping station, a key water storage and distribution hub serving 500,000 residents.