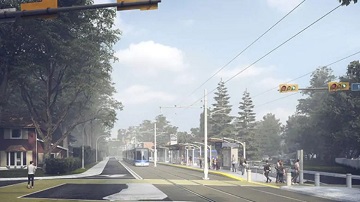 The City of Edmonton is switching gears on the Valley Line West LRT and breaking up the project contract into two parts: one to design and build the infrastructure and another to supply the light rail vehicles.

Earlier this year, the city was on a quest to secure one contract for both jobs.

The new strategy, under a design-build-finance model, comes after two of the three shortlisted teams withdrew from the previous procurement process.

Bruce Ferguson, the city’s branch manager of LRT expansion, said they consulted 24 contractors who were concerned about taking on the responsibility of supplying the vehicles.

The city will launch the new procurement process in early 2020, with the goal of choosing a contractor for the design, build and finance portion of the project by the end of next year.

Under the design, build and finance model, the contractor finances the job for the construction period only.

“This is what would be called, in the marketplace, sort of a P3 light because we have a design and construction component but we also still have that third party financing component,” Ferguson explained.

Traditional P3s also typically include an operations and maintenance component.

The Valley Line Southeast LRT, from Mill Woods to downtown, is a full public-private partnership with almost full responsibility on the TransEd consortium to build and maintain the line in a 30-year contract.

Coun. Andrew Knack, a long-time LRT proponent, isn’t dismayed by the city’s decision to remove some risk from the potential builder.