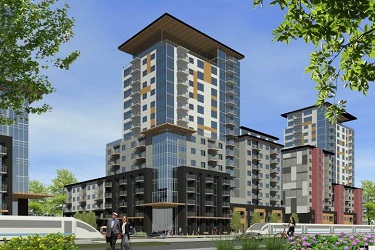 A controversial housing developing is not getting the support it needs to move ahead.

Most recently, Regency Developments was shut down by a city committee after being sent back to the drawing board once before.

Last November, city council rejected the Holyrood Gardens redevelopment, which is along 85 Street between 90 Avenue and 95 Avenue.

They asked Regency Developments to conduct further studies into issues such traffic, addressing transition to the surrounding neighborhood and building height, as well as taking their revised idea to the Edmonton Design Committee.

The design committee, made up of design and architecture experts, suggested a “fundamental redesign.”

Concerns on the project were outlined in recently released minutes from a closed-door meeting in early May, which contained two pages of issues.

Committee members had multiple concerns mainly focused on the character of the neighbourhood.

They felt that the development needed to focus less on density and more on ways to creatively integrate within the surrounding community.

“It was very validating to see this panel of design and architecture experts felt the same way we did, that there were some of the fundamental issues that needed to be resolved,” Dave Sutherland, spokesperson for Holyrood development committee told CTV News.

Coun. Ben Henderson, who represents the area, said in a statement that he didn’t believe the new proposal was a step in the right direction, but rather a step backward.

He said he had suggested the developer bring their design to the design committee last year, but they chose not to.

“I think the design committee’s response to the original application would’ve been similar to this. I think if [Regency Developments] had gone and got this response then, and made the fixes I think everyone has been asking for all along, yeah, we probably could’ve done something in November, but they chose not to do it and it slowed everything down.”

Henderson also said that the community recognizes the need for redevelopment and has been working hard to find ways to improve the area, which is currently home to 160 aging two-story townhouses.