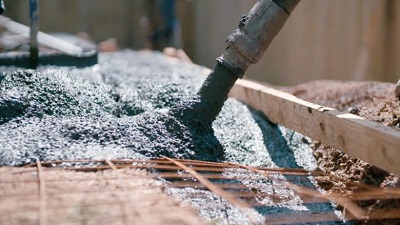 Concrete is the most abundant man-made material on earth. There’s a good chance you’re standing on it right now, and it’s holding up the buildings around you.

But concrete has an emissions problem. Its essential ingredient, cement, has a huge carbon footprint.

Cement is the glue that makes concrete strong, but the process of making cement requires superheating calcium carbonate, or limestone, and releases massive amounts of carbon dioxide into the atmosphere.

Cement is responsible for 7% of global man-made greenhouse emissions, making it the world’s second largest industrial source of carbon dioxide, according to the International Energy Agency. Data from the United States Geological Survey — the scientific agency of the US government — reveals that global cement production was responsible for about 4 billion pounds of CO2 emissions in 2017 alone.

But a Canadian startup has invented a new system for making concrete that traps CO2 emissions forever and at the same time reduces the need for cement.

CarbonCure’s system takes captured CO2 and injects it into concrete as it’s being mixed. Once the concrete hardens, that carbon is sequestered forever. Even if the building is torn down, the carbon stays put. That’s because it reacts with the concrete and becomes a mineral.

“The best thing about it is the mineral itself improves the compressive strength of the concrete,” Christie Gamble, the director of sustainability at CarbonCure, told CNNMoney.

“Because the CO2 actually helps to make the concrete stronger, concrete producers can still make concrete as strong as they need to but use less cement in the process.”

And using less cement is how producers can really reduce emissions.

Atlanta-based Thomas Concrete, a concrete producer, has been using CarbonCure’s system since 2016. Thomas Concrete says it has since prevented 10 million pounds of CO2 emissions.

Justin Lazenby, a manager of technical operations at Thomas Concrete, said the move toward greener tech is a long-term decision the concrete industry should embrace.