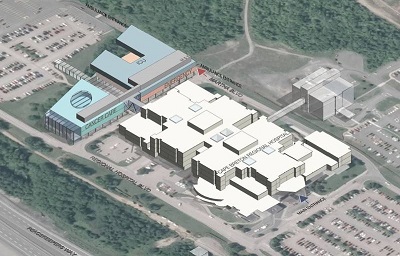 As reported in the Cape Breton Post, the plan to expand the regional hospital and cancer centre took another step forward Thursday, with the awarding of the design services tender for the project.

The province announced it awarded the contract to EXP, to design the new 190,000-square-foot building that will be constructed at the back of the Cape Breton Regional Hospital in Sydney.

But the overall CBRM health-care redevelopment is unfolding a bit slower than officials anticipated when it was announced almost a year ago, Health and Wellness Minister Randy Delorey said during a scrum and conference call with reporters Thursday.

“We had expected the functional detailed analysis of the overall project to take between nine and 12 months,” Delorey said. “We’re coming up on the 12-month point and we’re not quite finished that work, so, to that extent, I would prefer if we were fully completed but, that said, we have made significant progress and I am pleased with the progress that has been made.”

He added it’s important to note the government has realized that pieces of the project can move ahead before all of that work is completed. Delorey called the expansion a key part of the redevelopment project.

“We didn’t have to wait until all analysis of all aspects of the project were in place in order to begin moving ahead,” Delorey said.

The tender had noted that the project has an estimated value of $125 million.