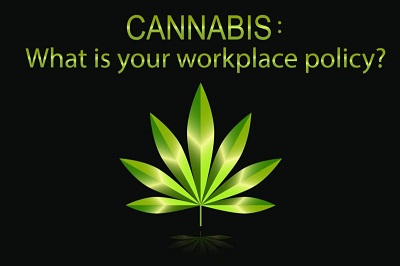 Is the Canadian workplace ready for recreational cannabis?

TORONTO, Oct. 10, 2018 /CNW/ – According to a new poll from Ipsos, commissioned by ADP Canada, the changing legal status of cannabis in Canada highlights a disconnect between employers and employees, especially as it relates to when and how cannabis can be consumed at work.

According to the survey, only six per cent of employed Canadians believe their organizations will allow the use of cannabis (marijuana) for recreational purposes during work hours or before coming into work. However, managers (10 per cent) are much more likely to say it will be allowed than employees without managerial responsibilities (two per cent). In fact, nearly one in five managers (19 per cent) say they are at least somewhat likely to consume cannabis for recreational purposes before going to work, and 14 per cent say it’s at least somewhat likely they will consume cannabis during work hours – vastly outnumbering non-managers, where only seven per cent said they will likely use cannabis before work, and only four per cent say they will use during work.

“Changes in the workplace are always difficult to navigate, but it appears cannabis legalization for recreational purposes adds a particularly complex disconnect between the expectations and intentions of employers and their employees,” said Hendrik Steenkamp, Director, HR Advisory, ADP Canada. “It’s particularly interesting to see that employees without managerial responsibilities are more reserved in their expectations of personal use during working hours than their managerial counterparts.”

“It’s clear, managers need to have detailed, informed and thorough conversations with employees about what constitutes acceptable behaviour in the workplace when it comes to cannabis” says Steenkamp. “Having these conversations early on will help to set clear expectations on both sides and reduce the chance for any negative impact on workplace performance and productivity.”

Other findings of note from the study include:

These are some of the findings of an Ipsos poll conducted between September 17 and 21, 2018, on behalf of ADP. For this survey, a sample of 1,000 working Canadians (500 of whom are managers, 500 of whom are not, none of whom are self-employed) aged 18+ was interviewed online via the Ipsos I-Say panel and non-panel sources. Quota sampling and weighting were employed to balance demographics to ensure that the sample’s composition reflects that of the adult population according to Census data and to provide results intended to approximate the sample universe.

The precision of Ipsos online polls is measured using a credibility interval. In this case, the poll is accurate to within ±3.5 percentage points, 19 times out of 20, had all working Canadian adults been polled. The credibility interval will be wider among subsets of the population, including managers (+/- 5 points) and non-managers (+/- 5 points). All sample surveys and polls may be subject to other sources of error, including, but not limited to coverage error, and measurement error.

ADP Canada gives organizations of every size the tools to help their people thrive. From basic payroll to complex people management systems and analytics, we help business leaders make better decisions. Our clients trust ADP to provide strategic insights and on-demand expertise to build and inspire the workforce they need. Visit us at or Follow us on Twitter @ADP_CDA.