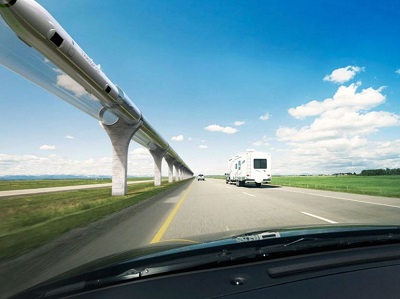 A Canadian hyperloop company is threatening to relocate its headquarters to Europe unless it gets political support at home for the implementation of its technology that would transport goods and passengers through tubes at airplane speeds.

Transpod CEO and co-founder Sebastien Gendron says politicians need to step up if they are serious about supporting innovation in Canada.

The company’s proposed elevated network of pods would travel through low-pressure tubes at 1,000 kilometres per hour.

He says that would cut transit time between Montreal and Toronto to less than an hour and relieve highway and airport congestion.

A second line could connect Calgary and Edmonton in about half that time.

Gendron says the system could be ready to carry passengers in the early 2030s after first being used for light freight such as e-commerce and perishable food.

He says the transportation corridors would be privately owned, likely by Canadian pension funds, construction firms and other investors, while Transpod would supply the technology and pods.

The company says it has received interest from such partners but no formal commitments to date.

Toronto-based Transpod is competing against billionaires Elon Musk and Richard Branson, who are looking to build their own hyperloop networks.

However, Gendron says his company offers better technology and a lower cost per kilometre than its rivals.