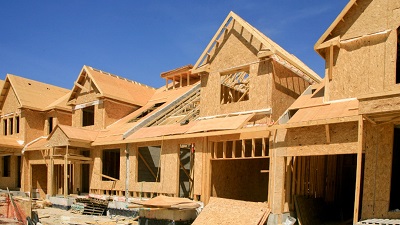 OTTAWA, June 8, 2018 /CNW/ – The trend in housing starts was 216,362 units in May 2018, compared to 225,481 units in April 2018, according to Canada Mortgage and Housing Corporation (CMHC). This trend measure is a six-month moving average of the monthly seasonally adjusted annual rates (SAAR) of housing starts.

Vancouver
The trend measure for housing starts held steady in May 2018, as the elevated pace of new home construction continued in the Vancouver Census Metropolitan Area (CMA). Increased activity is particularly evident in the multi-family segment, where housing starts have increased 9% so far this year.

Saskatoon
The trend measure of total housing starts rose in May as a slowdown in single-detached starts was countered by a much faster pace of multi-family construction. The sharp gains in multi-family starts can largely be attributed to a purpose-built rental apartment project that got underway in May. After five months in 2018, multi-family starts in Saskatoon were up by 63%, compared to the same period of 2017.

Toronto
Total housing starts in the Toronto CMA trended lower in May, primarily driven by lower trending apartment and townhome starts. A better supplied resale market and higher borrowing costs continued to weigh down on demand for new homes, particularly for single-detached units. Fewer new home sales have ensued since 2017 and consequently fewer homes were started.

Brantford
Brantford housing starts trended up in May, as overall starts continued to be driven by single-detached starts. Despite moderating prices in nearby Hamilton, some Hamilton buyers continue to make purchases in Brantford’s more affordable new single-detached home market.

Windsor
The housing starts trend fell by 14% in May, which was the sixth consecutive month of decline in the Windsor CMA. This month’s decline reflected a lower number of multi-unit starts, with apartment starts contributing the most. The recent slowdown in housing starts coincided with a moderation in existing home market activity, which has come off record highs as the effect of GTA buyers waned.

Kingston
Housing starts in Kingston trended higher for the third consecutive month, owing to an increase in the trend for both single-detached and multi-unit housing starts. These new projects are helping to address a shortage of homes in the resale market, as the number of new listings had plunged to the lowest level since March 2005.

Sherbrooke
In May 2018, the housing starts trend in the Sherbrooke CMA was relatively stable. Compared to last year, in the first five months of this year, conventional rental housing starts were up, stimulated by the decrease in the vacancy rate in 2017.

Rural starts were estimated at a seasonally adjusted annual rate of 17,412 units.