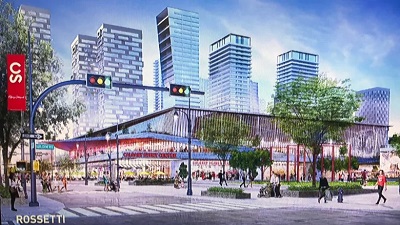 As reported on CBC News, it appears negotiations on a possible deal on a new arena to replace the Saddledome will take some time to get underway.

City council’s event centre assessment committee decided Thursday that it will await a recommendation from a sub-committee on just who should represent the city in any talks with the Calgary Sports and Entertainment Corporation.

It also voted to give conditional approval three other major projects. That list includes an expansion of the BMO Centre at Stampede Park, a renovation of Arts Commons and a sports fieldhouse.

Previously, the chair of the event centre committee had said that if council approved a negotiating strategy, the process of reaching out to the Calgary Flames’ ownership on a resumption of negotiations would happen as soon as possible.

Davison told reporters the newly created sub-committee will discuss who should represent the city in negotiations and make a recommendation to the event centre committee.

“It will include who a representative might be. That is to be determined. Do we need to look externally to some expertise to help us on the negotiation. Do we have the right people internally? So all of those things are questions that the sub-committee will ask and answer,” said Davison.

He added that the event centre committee isn’t scheduled to meet until early April. However, a meeting could be called earlier if the sub-committee has recommendations sooner.

The sub-committee, which consists of Davison’s committee plus Coun. Evan Woolley and Coun. Jeromy Farkas, will also examine what public consultation should be done if an arena deal is reached with the Flames.

Both of those councillors represent communities that could be directly affected by a new arena and the development of an entertainment district.

Farkas and Woolley were among the four councillors who voted against the funding of the major projects.