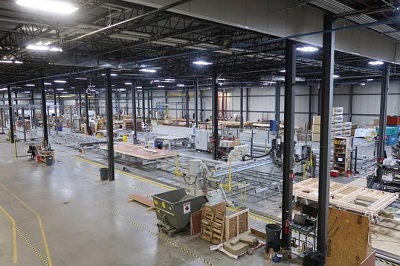 Why we should build our homes the way we build cars

It’s hard, finding a good contractor. The Washington Post describes a certain Daniel W. Jamison, who ran out on a $41,000 renovation and was sued by the homeowner; instead of coming back and finishing the job, he hired a hit man to take out the homeowner.

Jamison agreed to pay $500 for the murder weapon and $10,000 for the killing and then falsely told the hit man that the homeowner had stacks of cash and Rolex watches in the house that the killer could keep after he committed the murder. All of this information is on video, because the hit man was actually a Fairfax County police officer.

That is more extreme than most contractor/client relationships, although I know many contractors who might have been tempted to resolve the issues this way and were more restrained. Part of the problem is that the entire process of construction is so messed up, and the product is so terrible, with everything being built out in the field by a pile of unrelated sub-trades.

Years ago I heard Stephen Kieran and James Timberlake talk about how they were trying to change construction to where we build buildings more like cars; they questioned why one could drive a cheap Hyundai straight into a driving rain at 70 MPH and not get a drop of water inside, yet we have trouble building a house that can stand still in the rain and do the same. They note in their book Refabricating Architecture that the way we build has to change to be more like the OEMs (original equipment manufacturers) who make cars:

Compared to the OEMs in the automotive world, building contractors, as well as architects and product engineers, are still in the nineteenth century. Buildings continue to be assembled largely piece by piece in the field, in much the same way as the car was put together before the advent of mass production. Where is the evolution in building construction? Why is it that large parts of our buildings are not assembled as fully integrated major components, off site, in controlled factory conditions? Were this the norm rather than the exception, the building contractor, like the OEM, would become an assembler, liberated to concentrate on quality and speed.