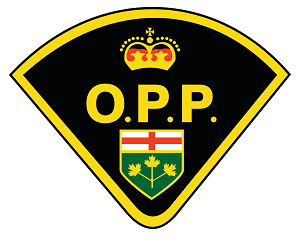 County councillors this week got a look at what the new Brant OPP detachment will look like.

And they unanimously approved the design drawings prepared by Barrie architectural consultant, Form Works Inc., for the $9.3-million detachment to be built on Rest Acres Road, near Bethel Road.

“Now we rush on to have working drawings and tender documents prepared. And one day it will rise,” Mayor Ron Eddy told council.

“But we were told at the outset that it would take this long, and they were right.”

The drive to build a new police station began in 2011 when the OPP complained to council that the aging headquarters at Mechanic Street and Broadway Street West in Paris was obsolete, cramped and prone to leaks. In 2014, council set up a Brant OPP detachment committee to study options. A decision to have the county build and own the building was made a year ago.

This week, councillors listened to a presentation from Keith Currie of Form Works Inc. in which he took them through the design of the building, room by room. The details were worked on over months with the detachment committee, which endorsed the design prior to council’s meeting.

Coun. John Peirce, a member of the committee, said he is impressed with consultant’s work.

“We were in a couple of stations that were only a couple of years old and heard, ‘I wish we would have,’ and “we need this,'” he said.

“I think we’ve got a good thing going forward here and I fully support it.”

The building will be built on a three-acre parcel. It will take up 20,435 square feet, with an additional 2,079 square feet for additions requested by the county, for a total footprint of about 22,500 square feet.

All the detachment’s operations will be on one floor with the exception of a mezzanine section.

Keep reading in the Brantford Expositor