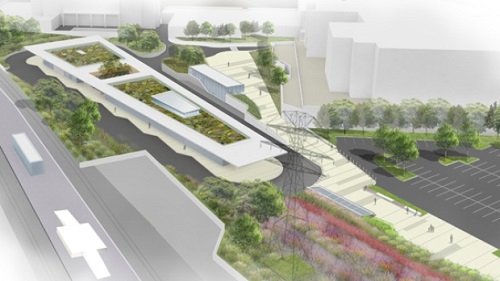 The Province of Ontario and City of Toronto have reached a new milestone in their plan to redevelop Kipling Station into a hub connecting subway, light rail and buses across three transit services.

On Tuesday, officials said three companies submitted bids for the project, which is scheduled to be completed by 2019.

The work will include extensive renovations to the station’s existing infrastructure, including parking upgrades and improved pedestrian and bicycle access. The station will also feature a new bus terminal, elevated pedestrian bridge and pedestrian tunnel.

Once complete, commuters will have access to TTC subway and bus services, GO Transit and MiWay buses.

“The new interregional mobility hub will make it easier for families, commuters and everyone to get to work, to school and get to their appointments,” said Minister of Transportation Steven Del Duca, who was accompanied at Tuesday’s announcement by MPP Yvan Baker and TTC chair Josh Colle.