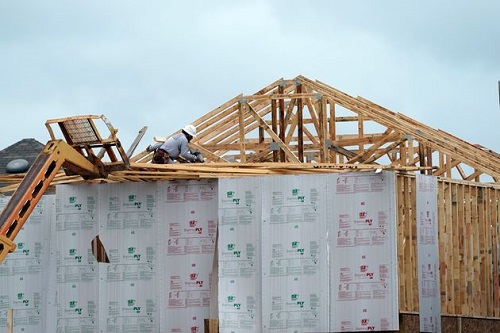 The Biden administration has waded into a quiet but extremely consequential fight over building codes that are supposed to save energy, urging the nonprofit in charge of writing those guidelines to halt a policy change that would limit input from local governments and give the construction and gas industries more power.

In a letter sent last week to the International Code Council (ICC), the Department of Energy warned the private consortium, which oversees model building codes used in all 50 states and parts of Latin America and the Caribbean, that the policy change it’s considering could “be detrimental to an appropriate process with appropriate transparency” and stunt “important economic and environmental benefits at the local level.”

“Of particular concern is the role of the thousands of state and local public officials who carry responsibility for codes in their jurisdictions,” Kelly Speakes-Backman, the department’s acting assistant secretary for energy efficiency and renewable energy, wrote in the letter, a copy of which HuffPost obtained. “The need for the proposed changes remains unclear to DOE, and has the potential to significantly constrain stakeholder engagement.”

The letter, addressed to ICC CEO Dominic Sims and the group’s board of directors, requested “that you not proceed with these proposed changes until these questions and concerns can be adequately addressed.”

In a response to the Energy Department last Friday, the ICC said its executive board planned to meet this week to discuss the proposed changes, adding that the possible adjustments were “time sensitive.”

A delay on the matter will be detrimental to “the adoption of the suite of I-Codes” for 2024, Sims wrote, referring to the various building codes the ICC creates. “Therefore, if the development process is to change, the process will need to be in place to realize a timely release.”

ICC spokesperson Whitney Doll confirmed the board would meet on Wednesday, but declined to comment on whether the organization would announce a decision on the proposed change on that date.