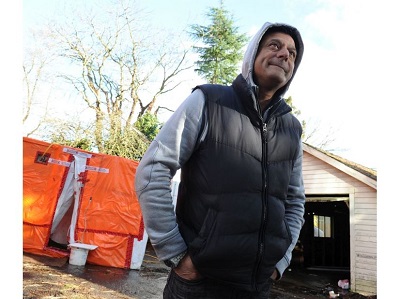 As reported in the Vancouver Sun, a longtime Lower Mainland asbestos removal company and its operator, who repeatedly violated the province’s worker safety rules, have been permanently barred from the industry.

“Seattle is responsible for repeated and egregious breaches of the (Workers Compensation) Act and regulation, including significant failures to properly dispose of asbestos waste, to ensure adequate containment during high-risk work and to provide safe supervision of workers,” Marzari said in her 177-page decision.

Marzari noted that in two cases there were reasonable grounds to believe that Seattle issued clearance letters — which would allow unprotected workers to enter a site — before all asbestos had been removed.

WorkSafe B.C. sought an injunction against Seattle Environmental and Singh “on evidence of the likelihood of Mr. Singh breaching the regulation and the resultant significant threat to workers,” Al Johnson, WorkSafe B.C.’s vice-president of prevention services said Thursday in a written statement.

Asbestos removal work commonly takes place at older homes slated for demolition or renovation that can contain materials with asbestos such as drywall compound, loose insulation and vinyl tiles.

The judge found that Singh breached the workplace safety laws more than 20 times at 11 different work sites — including homes in Vancouver, Burnaby, Richmond and West Vancouver — between 2013 and 2017.

Those breaches included that the company failed to ensure workers wore full-face respirators, failed to test for airborne asbestos during high-risk work and failed to seal containers of asbestos waste.