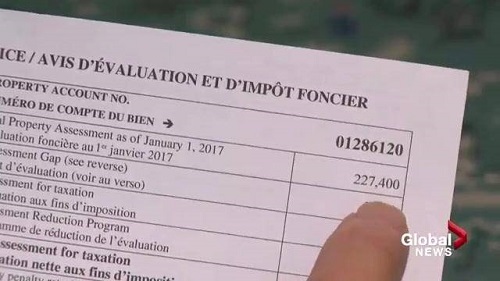 The property tax assessment fiasco that plagued the New Brunswick government has been examined by auditor general Kim MacPherson who found miscommunication to have played a key role in moving forward on new processes that caused thousands of assessments to unnecessarily inflate.

MacPherson’s report outlines how new property assessment technology such as aerial photography was demonstrated for the premier.

Shortly afterwards the estimated three-year period for the new process to be ready was accelerated to one year, however, any documents indicating Premier Brian Gallant directed such a move couldn’t be located.

“It is clear that there was a perception within the staff of Service New Brunswick (SNB) that the premier requested that this happen,” explained MacPherson. “So that created intense pressure.”

In an interview she conducted with Gallant, MacPherson said the premier indicated he was interested in the new process but had some initial reservations.

“He justified that yeah, he was impressed with the aerial photography, the technology,” she explained. “He had asked his chief of staff to follow up because of the concerns of what the public reaction was going to be.”

The report points to internal communications within Service New Brunswick which implied the premier had requested the accelerated timeframe for implementing the new processes known as Fast Track, however, all those in management and the CEO advised MacPherson in interviews they hadn’t spoken directly with Gallant.