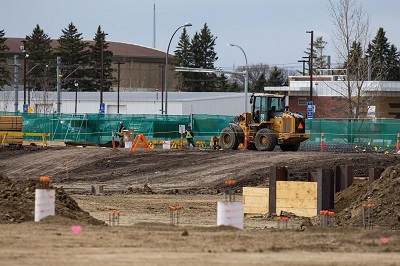 As reported in The Star, the United Conservative government has officially cancelled the Edmonton superlab project and is permanently halting construction on the site — fulfilling a promise the party made months ago on the campaign trail.

Health Minister Tyler Shandro announced the cancellation in a press release Thursday afternoon, calling the project “expensive and disruptive” and “ideologically driven.” Construction on the project was previously halted on April 19 while it was being reviewed by the new provincial government.

The $595-million Edmonton superlab near the University of Alberta’s south campus was announced by the previous Alberta NDP government in 2016 under then health minister Sarah Hoffman. The lab was intended to bring existing laboratories and staff under one roof to process the more than 30 million tests conducted in the province every year.

The province has already spent $23 million on the project. Infrastructure Minister Prasad Panda said in the release that vendors on the project will be compensated for the termination of their contracts.