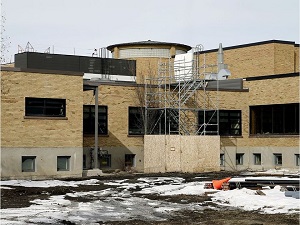 Why is Alberta so far behind on school construction projects?

Two years after the provincial auditor chastised the former Progressive Conservative government for promising dozens of new schools it couldn’t build on time, at least 42 are still unfinished.

Of 195 construction projects promised by two premiers — the largest new school and modernization blitz in Alberta’s history — work hasn’t even started on at least six and one was cancelled altogether, an analysis by Postmedia shows.

The construction blitz was badly needed and followed a relative drought of infrastructure investment in education, Mary Martin, president of the Alberta School Boards’ Association, said in a recent interview. It was a steep learning curve for school divisions to manage several construction projects at once, she said.

“Everybody wants to celebrate a new school, especially when there’s been tremendous advocacy and a need demonstrated,” Martin said. “Communities have expectations that when these announcements are made, there will be a school in the ground, and I think to the greatest extent possible, school jurisdictions do a good job.”

Education Minister David Eggen announced in October 2015 after taking office that 101 of the 195 school builds initiated by the previous government were delayed, and asked Alberta’s auditor general to investigate.

As of early 2018, 42 of those 101 projects are further delayed, according to data compiled by Postmedia.