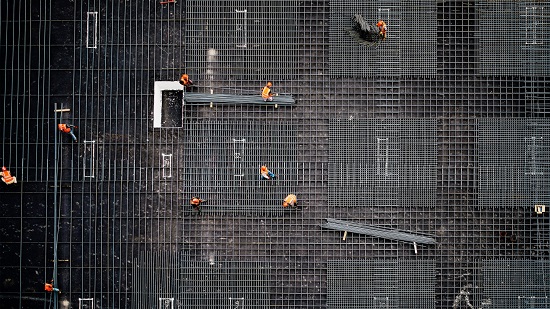 Construction sites are vast jigsaws of people and parts that must be pieced together just so at just the right times. As projects get larger, mistakes and delays get more expensive. The consultancy Mckinsey estimates that on-site mismanagement costs the construction industry $1.6 trillion a year. But typically you might only have five managers overseeing construction of a building with 1,500 rooms, says Roy Danon, founder and CEO of British-Israeli startup Buildots: “There’s no way a human can control that amount of detail.”

Danon thinks that AI can help. Buildots is developing an image recognition system that monitors every detail of an ongoing construction project and flags up delays or errors automatically. It is already being used by two of the biggest building firms in Europe, including UK construction giant Wates in a handful of large residential builds. Construction is essentially a kind of manufacturing, says Danon. If high-tech factories now use AI to manage their processes, why not construction sites?

AI is starting to change various aspects of construction, from design to self-driving diggers. But Buildots is the first to use AI as a kind of overall site inspector.

The system uses a GoPro camera mounted on top of a hard hat. When managers tour a site once or twice a week, the camera on their head captures video footage of the whole project and uploads it to image recognition software, which compares the status of many thousands of objects on site—such as electrical sockets and bathroom fittings—with a digital replica of the building.

The AI also uses the video feed to track where the camera is in the building to within a few centimeters so that it can identify the exact location of the objects in each frame. The system can track the status of around 150,000 objects several times a week, says Danon. For each object the AI can tell which of three or four states it is in, from not yet begun to fully installed.