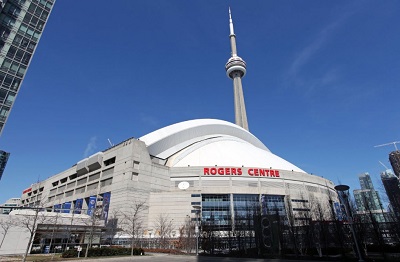 After 30 years, will the Rogers Centre get a facelift or will it be replaced?

As reported on CTV News, it’s been just over a month since the Rogers Centre turned 30 and the facility is in need of a facelift—but Toronto Mayor John Tory says the future of the building is not yet known.

“I think you’re going to see some action because they have a decision to make, do they invest more in it or do they actually try to replace it?” Tory said yesterday on Newstalk 1010.

Repairs are made to the home of the Blue Jays on an ongoing basis, but for the last few years there has been some talk of how best to bring the Dome into the 21st century. Tory re-ignited the conversation about an entirely new ballpark yesterday when asked about the stadium’s future.

The big question was whether the building is worth saving or if a new stadium should be built. The mayor said that regardless of the decision, the city would not be footing a large part of the bill.

“The notion that you’re going to get a lot of big cheques or any cheques necessarily written by government to build a new stadium is not likely to happen,” he said. “Therefore they have to come up with a way to pay for it.”

The Rogers Centre is the seventh oldest stadium in Major League Baseball and considered by many to be one of the worst ballparks still in use.

The SkyDome, as it was originally called, was a modern engineering feat at the time it opened in 1989. Its retractable roof and seating area with a capacity of more than 50,000 was considered cutting edge, but shortly after the Dome opened, the league pivoted — instead of building large, domed stadiums, teams began constructing “classic American ballparks.”

Watch the news video and keep reading on CTV news