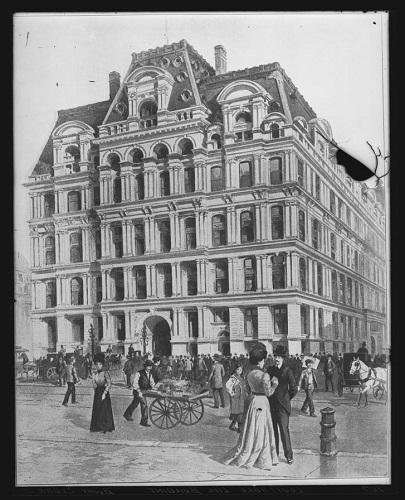 A short history of the world’s tallest buildings

When New York’s Equitable Life Building opened in 1870, the businessman behind the project, Henry Baldwin Hyde, was berated for having delusions of grandeur. Costing more than $4 million (around $81 million in today’s money), his insurance company’s headquarters soared a then-astonishing seven stories above the streets of Manhattan.

One hundred forty years later, when the 163-floor Burj Khalifa topped out half a mile into Dubai’s sky, it too was seen by some as extravagant. Both buildings serve as a reminder that it is not only economics and technology that have driven the history of skyscrapers, but symbolism and ego, too.

The race skywards began in America, although whether the Equitable Life Building was the world’s first skyscraper remains a matter of contention among historians. (Today, the term usually refers to structures over 150 meters, or 492 feet, tall but there was no formal definition in the 19th century.)

In the late 1800s, industrialization had driven urban populations and land prices up, making tall buildings increasingly cost-effective, according to Carol Willis, director of the Skyscraper Museum in New York.”The very first tall buildings … were newspaper buildings and (headquarters for) communications companies like the New York Tribune or the Western Union Building — office buildings that concentrated a work force, piled one on top of the other in order to make business very efficient,” she says.

Highrise construction exploded across the US after the turn of the 20th century. In New York, the record for the world’s tallest building broken six times between 1908 and 1931 — more than doubling in height from the 612-foot Singer Building to the 1,250-foot Empire State Building.