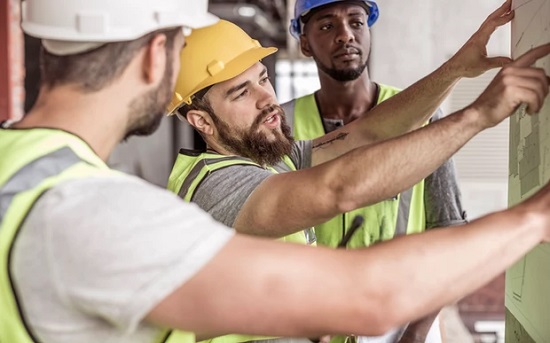 A Contractor’s Guide to Introducing New Technology Into Your Workforce

People don’t like change. This statement couldn’t be closer to the truth, especially in the construction industry, where companies consistently struggle with onboarding their employees into new technologies and systems.

Why Most Onboarding Initiatives Fail

Before we get started, it’s essential to understand why most change initiatives, such as introducing a new technology into your organization, often fail when it comes to adoption and overall satisfaction. In fact, according to some studies, more than 70% of change initiatives fail! No wonder why organizations struggle with the thought of having to onboard their employees with new systems.

Below I’ve listed out a few of the common causes for a failed implementation, and later I will describe a few steps you can take to change the odds in your favour.

As mentioned above, complex technologies such as large enterprise resource planning systems (ERP), are often extremely vulnerable to failure due to their complex nature and the number of layers involved in their implementation. These systems are typically housed locally on company servers and often require expensive equipment and constant support compared to their cloud-based counterparts, such as OnTraccr.

Combining complicated ERP systems with some of the other common causes of failure shown above typically leaves users with a bitter taste in their mouth. Employees expect workplace technology to be as portable and easy-to-use as all the other apps they’ve grown accustomed to using on their smartphones. This is proving to be even more of a concern now with the pandemic, as workers are often finding themselves frequently moving between their home, the office, and the job-site.

Despite this struggle in adopting new technologies, the majority of us, in fact 78% of us, typically feel that adopting new digital technologies into our organizations will become a critical exercise within the next few years.

Keep reading this blog on OnTraccr.com