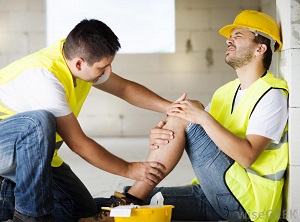 As reported in The Chronicle Herald, fewer people are being hurt on the job in the residential construction industry, leading to lower workers’ compensation premiums.

The industry rate in residential construction is set to decline by nine per cent in 2020, WCB Nova Scotia announced this week, as part of its release of 2020 employer rates for workplace injury insurance.

Over the years, the construction community in Nova Scotia has made progress through education and training, thanks to safety association initiatives, access to resources and awareness campaigns, the board said in a news release.

In setting an industry rate, claims costs are considered over a five-year period, in this latest instance ending at year-end 2018.

There are about 19,500 covered employers in the province.

“The WCB is pleased to work alongside our safety partners to help make Nova Scotia workplaces safer,” said Stuart MacLean, CEO of WCB Nova Scotia, in the release.

MacLean said the construction industry is seeing the benefit of leaders who are making safety and return-to-work policies a priority. However, at the same time, he said, there are still too many people hurt on the job in construction.